The makers of “Super” air knife products and other high pressure “air-bar” manufacturers have recently invested significant effort in publicizing the relative merits of their products. With advertisements that apparently cite case studies, readers are often led to believe that actual systems were set up, critically evaluated, and proven to be “just as efficient” in drying, blow-off, and cooling applications—the applications where high-efficiency centrifugal blowers can easily outperform a high pressure air-bar system, at much lower cost. 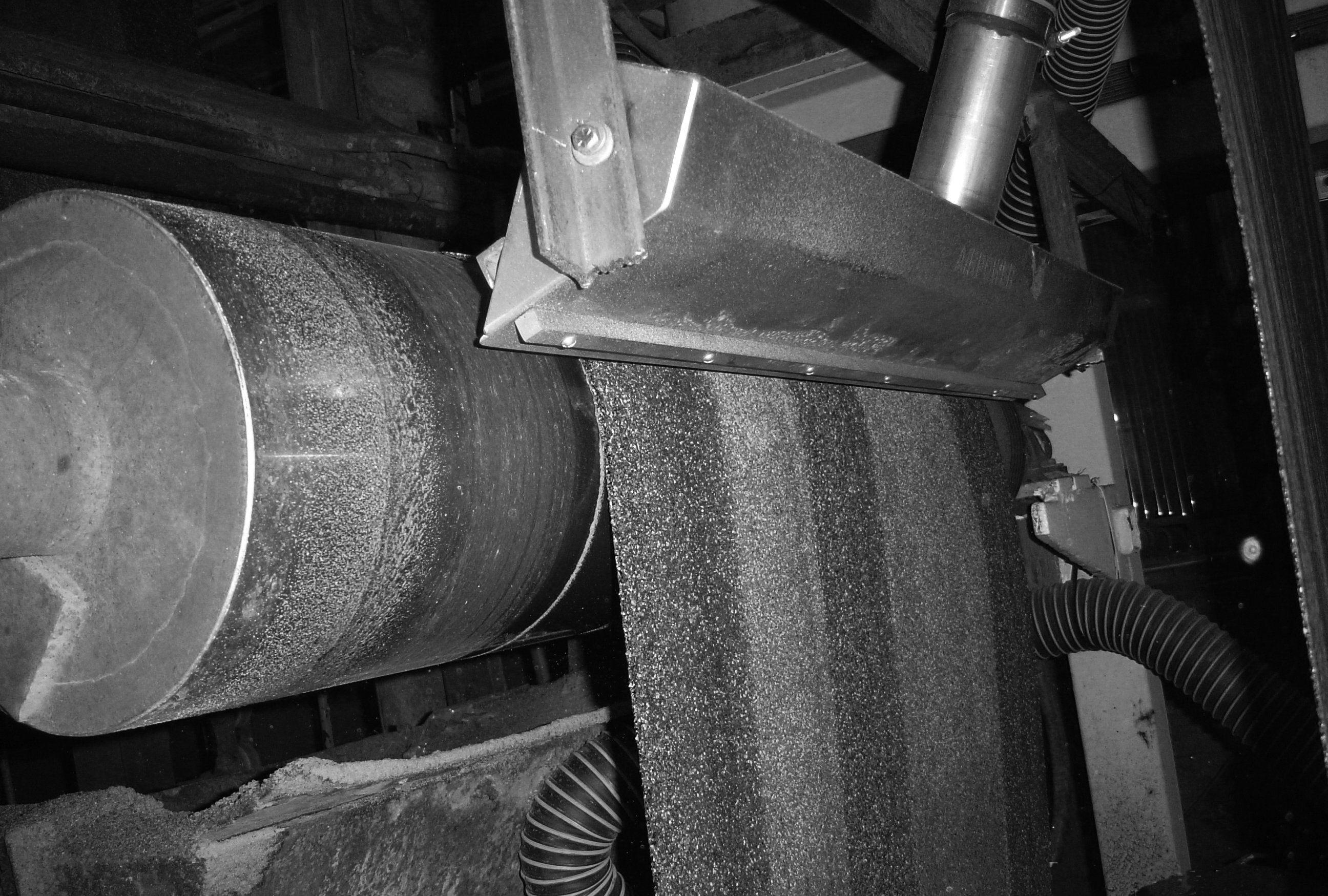 The picture above shows a Vortron 42” stainless steel air knife drying roofing shingle material at a major manufacturer’s plant in Dallas, TX. The air knife is one of two that were installed at the plant in early March as part of a Vortron 10 HP Z40 blower system. Operating at 77% efficiency, this system produces 680 SCFM at 2.6 psig using a single 10 HP motor. Prior to the installation, the material was being dried with a 50 HP compressed air system equipped with nine PVC air knives.

The need to reduce energy costs is the primary reason why an increasing number of manufacturers are choosing to upgrade their plant blow-off and drying systems from compressed air to centrifugal blowers. In an effort to avoid further loss of market share, manufacturers of high-pressure air-bar products tend to downplay the amount of energy savings that can be achieved by upgrading. By citing outdated, low-efficiency blowers for comparison, and using small-scale applications as examples, certain advertisements mask the true, high cost of blow-off using plant compressed air.

How Does Vortron Compare to Advertised High Pressure Air-Bar Systems?

Table 1 compares the annual energy cost of three different Vortron air-knife systems with data taken directly from an air-bar manufacturer’s advertisement. Also taken from the advertisement were the annual operating duty assumptions of 40 hours/week, 52 weeks per year, and the “national average” energy cost of $0.083/Kw-hr.

For each of the three Vortron comparison cases, a system of two 12” air knives is assumed, each air knife with a standard 0.035-inch gap. Pressures of 70”, 83”, and 100” Wc are evaluated—70” to 100” Wc can be considered the bounding range for a high-performance blow-off system, and 83” Wc is the 3 psig comparison point highlighted in the high pressure air-bar product advertisement.

System power for the three Vortron cases is calculated from the 2D isentropic nozzle model, which Vortron uses to determine application-specific operating parameters for all of their systems. For this example, a constant 75% isentropic blower efficiency is assumed, which is well within the operating range of a Vortron X40 blower.

Under scrutiny, the data from the high-pressure air-bar advertisement appears not to have been calculated with the important consideration of power factor, or motor efficiency. In the example shown above, if 11 HP is the actual compressed air power required to operate a certain compressed air system, then the $1417 figure is 13% low. To clarify, the following equation may be used to estimate annual energy costs:

This equation is well known to many engineers and is the standard used by Vortron in estimating energy costs for their systems. When substituting in the 11 HP value, an annual energy cost of $1610 is obtained. Interestingly, the $1417 cost claim is obtained by neglecting the efficiency term of 0.88. In contrast, energy calculations for the three example Vortron systems were obtained from the full equation, which includes the real-world power factor (efficiency) term.

An ultra-simplistic and small-scale “case study system yields numbers that are far from what would result in most real-world applications. Bottling lines, in particular, operate at high speeds, and there are typically many of them in a plant. A typical high-speed bottling line might employ 7-feet (total) of knife length at a blow-off site; i.e., 2 knives on each side at 3-ft length each, plus 1 knife at 1-ft length mounted on top. Using this more typical application for comparison reveals the following:

The above data is still based on the 40-hour-per-week operation assumption. A more typical bottling plant operates in the range of 80–120 hours per week, not 40. At 80 hours per week, the energy savings shown above is doubled. At 120 hours per week, the energy savings is tripled to over $12,800. Thus, investment in a 10 HP Vortron system could easily be recovered in the first year’s operation. Looking at this another way, a 38.5 HP compressed air requirement is a little over 4 times higher than Vortron’s needed 9.55 HP. This means that a plant could operate four Vortron-equipped lines for the same energy cost as one line equipped with a high pressure air-bar system that absorbs 38.5 plant air compressor horsepower.

Use of a blower instead of higher pressure plant air [e.g., for drying and blow-off processes] is listed in the Summary of Best Practices of the recently released "Best Practices for Compressed Air Systems", published by The Compressed Air Challenge, Inc., a voluntary collaboration of manufacturing associations, consultants, state agencies, energy efficiency organizations, and utilities.